Came across this amazing image by Nat Geo photographer Daniel Botelho who was tasked to get a “urban shark photograph” by his editor. An amazing story of an amazing image.

My own attempts at the over/under shot have met with varying degrees of success. Both shots below were taken with a Sony NEX-5 with a fisheye converter on the 16-mm pancake lens in a Nauticam housing. 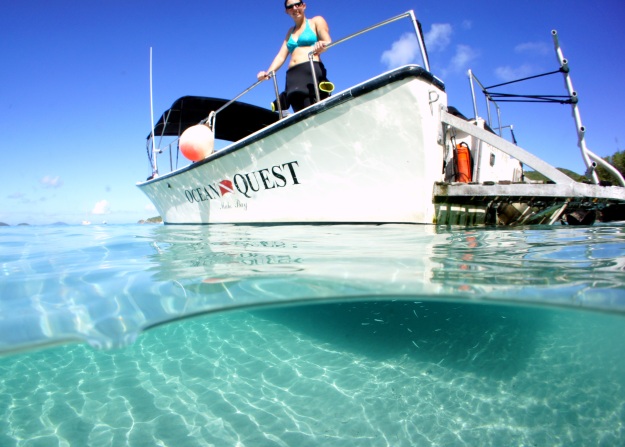 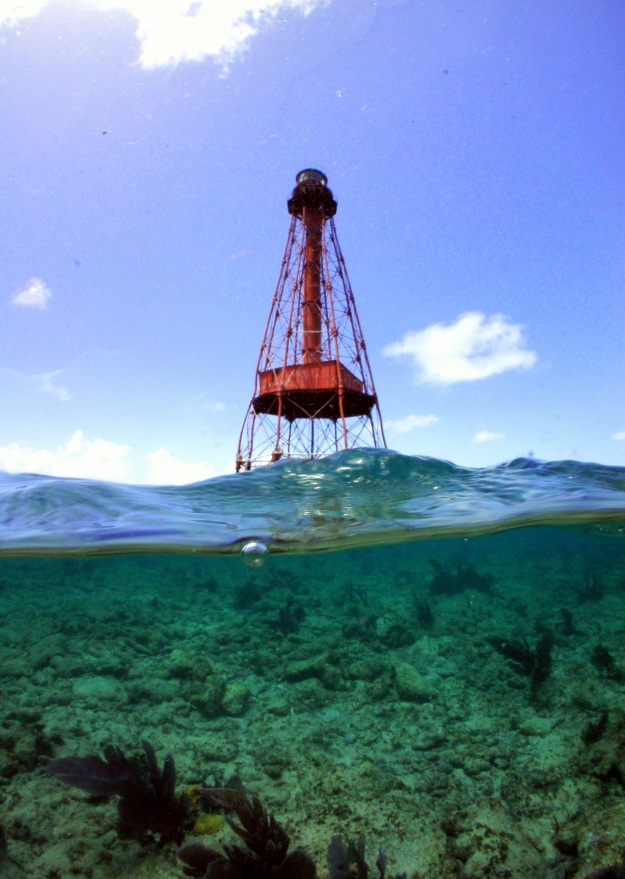 Do you have any burning questions about fish, sharks, fishing, or fisheries? Want to ask an expert (or at least an expert-in-training)? Well, today is your lucky day! Starting at 4pm EST, myself and a bunch of other graduate students from the FSU Coastal & Marine Lab will be doing a reddit AMA and will attempt to answer all of your queries. Ask Us Anything!

This is just an absolutely crazy story. South African surfer Brett Archibald fell overboard during a storm at 3AM while on a surf trip in Indonesia. The crew, having no idea that he fell, continued sailing until morning. Brett, meanwhile, swam and treaded water for 28 hours until he was rescued by another boat.

“It was insane, was just insane. I actually gave up. I went under and said, ‘screw this, I can’t carry on’. But I couldn’t swallow water, I couldn’t get my lungs to take the water and I kept coming back up. So then I pulled myself together, said, ‘Okay, we need to keep going here’, and I kept swimming and treading water.”

After being checked out by a doctor and reunited with his mates, Brett was looking forward to the rest of the week-long surftrip. Bloody hell, what a madman!

Got myself a new lens last week, a Sigma 30mm F2.8 for the Sony NEX-5, which gave me a good excuse to explore the yard with camera in hand. Spring arrived in North Florida a while ago… or rather, the winter has been so mild the plants got confused. Either way there is an explosion of color everywhere you look!

A little bit ago I split up the blogs between SCIENCE and EVERYTHING ELSE. I figured it was a good move to have the science-y stuff kept somewhat at a distance from everyt

Turns out, this dude Martin Cornell took issue with the first list and decided to come up with his own, the REAL deals when it comes to influential beers. Now, not all the beers on these lists are still available. As one would expect, some of the listed breweries are long extinct. Of the breweries still listed, there are an embarrassingly high number that I’ve never heard of, let alone tasted. So here’s to a hoppy 2013, one rich in beers of influence and high of praise.

I’ll leave you this awesome map of brews by state from the lads over at Aleheads (one of many excellent beer blogs that were picked from during the making of this post), and with the remarkable finding that perhaps the best beer in America, at least according to the raw data found on BeerAdvocate.com is made right here in Gulfport, FL!

A few weeks ago I decided that I needed a project. Not that I had an over abundance of free time, or that there was anything pressing to be done around the house. No, I just needed to build something. So I built a firepit.

Back in the spring, just about when we started seriously talking about building a porch (Spring Break Project 2012), we discovered a hidden 8′ x 8′ brick patio in the yard. While it was no porch, it served nicely as a stage for a very special birthday show by Moonshine Dirt Reunion: 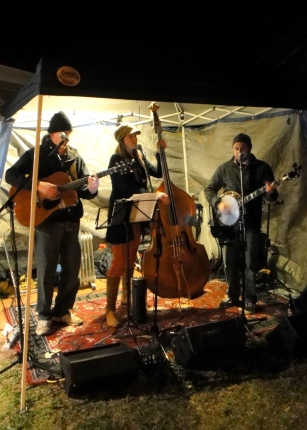 The patio had to get pulled up eventually so we could build the porch, and for six months all the bricks sat in a pile at the back of the yard waiting to be transformed into something awesome. I found some inspiration for the design from TheFamilyHandyman.com,made the first of many trips to Home Depot and started digging.

Turns out mortar isn’t complicated, but up to now the project is taking far longer than anticipated. At this point I should have constructed guides to ensure that everything was getting laid down square, but I was more intent on just getting the thing done. After the second layer of brick I left gaps for air to flow into the center.

Here’s a better view of how the bricks are going down, with gaps for air flow. Eventually all the bricks got laid, filled the bottom with some mountain gravel, and then waited a long week allowing the mortar to fix. Finally, the first fire was lit and celebrated with good friends:

At the moment I’m working on three new blog posts – one about science education in America, one about the pace of human evolution, and an update on some fieldwork I’ve been doing this fall – but in the meantime an issue of immediate importance: the Aquarius underwater habitat is in trouble! 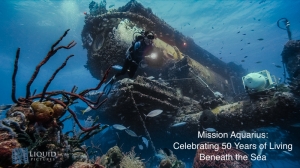 While the specter of sequestration looms on the horizon, funding cuts to basic science are already happening. The National Underwater Research Program (NURP) is one of the first on the chopping block, with funding slated to be cut at years end. The flagship program of NURP is the Aquarius ReefBase – an underwater habitat located 50 feet down in the Florida Keys. Aquarius has been providing support of coral reef research for 50 years but is in critical danger of losing its funding in just a few short months.

In ecology, long term data sets are critical for understanding how ecosystems change through time. Aquarius has been a critical tool in studying coral reefs here in Florida for half a century, and now they need our support. Those in charge of running Aquarius are currently searching for private donations to keep the project going in the future. One way to donate is through their indiegogo campaign – a crowdfunding effort much like the one I did through SciFlies to support my field work. So please take a moment to check out the Save Aquarius page and play a part, however small, in supporting a critical scientific mission.

Want to know what it’s like to be lowered onto the surface of our neighbor planet by a Sky Crane? Well, here you go:

Stories and links of interest from the past week…

Monkeys in Florida? Apparently so, and according to this story in the NYTimes at least one of them has escaped and is currently living large in the suburbs of Tampa. Story goes, back in the 1930’s an enterprising river cruise operator decided to introduce Rhesus monkeys to an island in the Silver River hoping to encourage tourism. Of course, the monkeys escaped from the island and now inhabit the jungle/swamp along the Silver and Ocklawaha rivers, and occasionally wander into nearby towns. Guess I know where our next kayak adventure will be!

Okay, now this is cool: some neuroscientists up at Woods Hole decided to hook up a squid to an iPod. See below for the result, click here to find out more.

First off is the very excellent new series what if? from Randall Munroe, creator of the webcomic xkcd, where Randall answers your random physics questions. This week: what if everybody on earth squished up real close together and then jumped at the same time?

That’s all for now. Goliath grouper spawning season has begun, so the FSU Grouper lab will be very busy for the next few months poking and prodding and slowly piecing together the story of how these incredible beasts reproduce.

Error: Twitter did not respond. Please wait a few minutes and refresh this page.